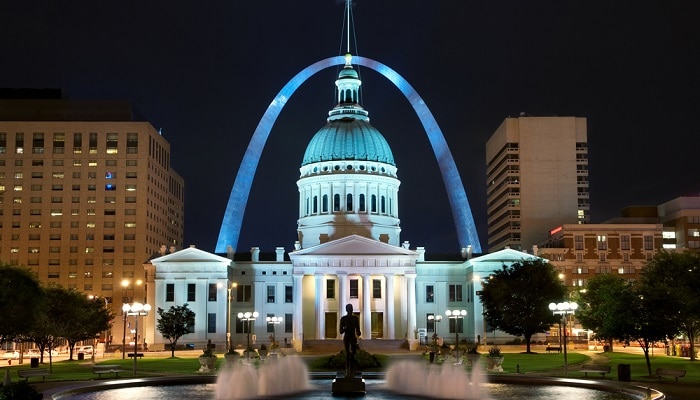 Why St. Louis for your 3PL services?

If your business isn’t looking at St. Louis as a fundamental part of its supply chain, it could be missing out on a metropolitan area that is emerging as country’s best location for 3PL. Not only does St. Louis offer a location and transportation infrastructure that even puts the Midwest’s other emerging hubs to shame, but it also offers a workforce that is skilled and experienced in logistics tasks while demanding extremely cost-competitive wages.

With a location closer to the population and geographic center of the United States than any other major metropolitan area, St. Louis is perfectly located for ground transportation. It’s within 600 miles — one day’s drive — of 50 percent of the country’s manufacturing plants. The community also sits at the intersection of four Interstate highways — I-64, I-44 and the major routes of I-55 and I-70. Given that trucking is the backbone of many 3PL operations, this location is unbeatable anywhere else in the country.

For larger scale shipments, St. Louis is also a major rail center. The country’s four major rail roads — CSX and Norfolk Southern from the east and BNSF and UP from the West — have their terminuses in St. Louis. In addition, it also has a direct connection to Canada via a Canadian National rail line as well as service from the Kansas City Southern railroad. These major connections make St. Louis the third largest rail center in America.

St. Louis’ diverse transportation options give you more 3PL flexibility. It’s the third largest inland port in the country and it enjoys year-round ice-free shipping on the Mississippi River. Furthermore, since there are no obstructions like locks or dams between St. Louis and New Orleans, barge tows are almost unlimited for shipments going north and south to the Gulf. It also has two cargo-capable airports — Lambert St. Louis International and MidAmerica St. Louis. The city’s three additional general aviation fields help to reduce traffic at the main airports, freeing up more take off and landing slots for your goods.

Other emerging Midwestern hubs are currently setting up special training programs to create a workforce that can support 3PL and catch up to St. Louis. The St. Louis metropolitan area already has approximately 80,000 people that are trained, skilled and experienced in transportation, warehousing and other logistics fields. Furthermore, they’re willing to work at an affordable average wage of just $13,83. Workers elsewhere average $14.06, with some areas having even higher rates.

Between its transportation and employee infrastructure, St. Louis offers one of the most compelling packages of opportunities for 3PL. However, it has one more benefit. While St. Louis is described as an “emerging” hot spot by some, it already has 245 million square feet of warehouse and distribution space spread between 5,400 different operations. If your company needs space or 3PL services, St. Louis is ready and open for your business.

Have any questions about St. Louis? Drop us a line. We’d love to hear from you.

How Your Third Party Logistics Provider Is Like A Spouse